Western Tile was founded in 1977 and within a few short years expanded to become Western Marble and Tile Ltd. Since then Western Marble has proudly served Winnipeg and its surrounding areas including Selkirk, Oakbank, Portage la Prairie, Brandon, Whiteshell, Kenora and Northwestern Ontario, and as far north as Flin Flon.

Under new ownership since April 2013, Western Marble has quickly become a leader in Canada’s flourishing granite industry. Adoption of new technology has allowed our company the capabilities that others simply cannot match. With the rapid expansion of Winnipeg and its surrounding areas, Western Marble is able to keep pace with the high demand for granite and quartz in new and renovated homes, commercial projects, and condominiums.

From assisting you in finding the perfect stone to installing your finished projects, you are always in good hands with Western Marble and Tile. 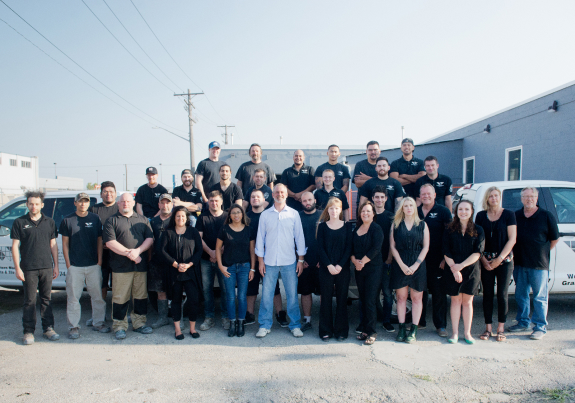 Western Marble has the largest granite showroom in Manitoba. Our sales associates can help you find exactly what you are looking for whether it is granite, marble, quartz, or tile.

Our wall of samples is a valuable resource, with any sample available for you to sign out so that you can see how your new counters will look with your cabinets under your own lighting. We also have hundreds of tile samples, all of which can be signed out at your convenience 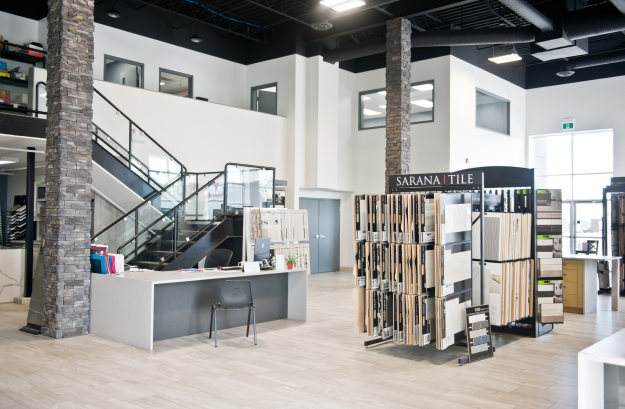 Our hours of operation are:

Our front desk staff is always available to answer any questions you may have. If you are looking for a second opinion they have a great eye for design and colour schemes, whatever the project.

Here at Western Marble, we strive to minimize our environmental footprint wherever possible. In December 2013, we invested in machinery that greatly reduced our use of environmental resources and transformed the stone fabrication process from manually-intensive to digitally-automated.

We no longer use cardboard for templating, and our fabrication shop uses 100% recycled water through advanced filtration systems. Any granite or quartz particles created through the cutting process are reused in cement.